In the first days of April, 1949, a luxurious Chayka pulled up on the bank of the Danube River in Belene. Two men and a woman stepped out of it. One of the men was over 60 years of age, tall, thin and with gray hair. The second man looked like he was 45, slender, with a handsome face and silky black hair. The woman, who looked the same age, was dressed according to the latest fashion. The 60-year old looked at the island, separated from the mainland by an 800-meter streak of water, and said, “This is the place. It will serve the purpose.” The second man added, “They belong here.” The woman continued, “This is where the bastards will die.” This was all.

According to residents of Belene, this horrible committee consisted of the following members:

3. Tsola Dragoycheva – member of the Central Committee of the Communist Party.

At the end of June, the first carriages with prisoners arrived at the Belene train station. They were transferred to Persin Island and were taken 8 km to the east, where they reached the highest point of the island – 35 meters above the waters of the Danube River…

More than 67 years have passed since the establishment of the first concentration camps in Bulgaria, and 27 years since the democratic changes. And yet, there are no places for commemoration of the people, who were repressed or killed during the communist era. The then governments, born from fascist and communist ideologies, have thrown in these almost 100 camps, most of which are now abandoned and forgotten, more than 300 000 people – Jews, Catholics, Orthodox Christians, Protestants, Muslims, partisans, communists, fascists, democrats, liberals, anarchists, politicians, writers, artists, musicians, workers, leaders, men, women, Bulgarian and foreign citizens. Thousands of lost lives, enormous suffering, wasted human destinies – dark spots in Bulgarian history that should be known and remembered.
Long ago, right after the democratic changes, the other ex-socialist countries announced their places for commemoration. People there speak, write, teach and remember their history.

They have not forgotten the victims of this bygone era. At these places they read the objective truth about the times past, times that should never be repeated, because every human life is precious and should not be lost. Unfortunately, the country that seems to have forgotten its martyrs and sufferers (excluding the several memorial plaques), the country that has indebted itself to its citizens and to the memory of the innocents victims, is ours.

On April 26th, 2014, 65 years after the opening of the Belene Concentration Camp, we instituted the Belene Island Committee – independent non-profit civil structure with no economic or political interests. In early 2016 we transformed it into the Belene Island Foundation. We have no political affiliations; we are neither in the left nor in the right political spectrum, neither blue nor red. We are not politicians, we are Bulgarians.

The main objects of the foundation are: 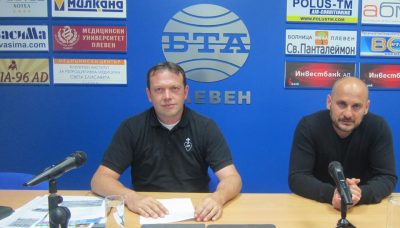 The realization of this project is approved by many people. We have the support of the Bulgarian President and that of the unions of the repressed. We are backed up by historians, scientists, public figures, politicians, diplomats, members of the Cabinet, members of the European Parliament, and by many people across the country and from abroad. We highly appreciate the support of the Chairman of the Bulgarian Parliament, Mrs. Tsetska Tsacheva, and of former President of Bulgaria, Mr. Petar Stoyanov. We offer our gratitude to the Belene municipality, to the Konrad Adenauer Foundation, to diplomatic missions and to many others.

Our Facebook page has been liked by over 14 000 people and we have more than 400 honorary members.

The Foundation has been working for more than three years. We are co-organizers of the annual national commemoration of the people, killed on the Persin Island. At regular intervals we organize cleaning and maintenance campaigns at the former Second Site of the Belene Concentration Camp (the Persin Island). We pay for the publishing of books, written by the survivors of the camps’ hell and we archive testimonies of those times.

“The world of camps is important not because people have suffered and died there. It’s important because they have lived.”